Was invited for a pre-valentines day special event hosted by Aloft-Cessna Business Park along with Food Bloggers Association of India and Burrp.This was also a big event for Burrp considering the launch of their new app and overall re-branding. Check out their app for more details on the trendy new look.

Being the late one as I always am starting to be, I walked in 15 minutes into the first session for the evening - a sampling of vodka infusions. The hotel had 18 flavours of vodka's and it would be unfair on my part to not list them all (for the world has to know the hardwork of a good drink man'a creations)

I sampled three or four of them and must concede that the flavours blended very well and had a positive influence on the vodka. Lemongrass and coffee vodka are my recommendations from this section.

Continuing with drinks and moving to the cocktails section, the hotel had four or five house special cocktails - ones I can recollect are tequila sunrise, flaming baileys-vodka and my standard order - whisky sour. The whisky sour was a little off while the flaming cocktail was as good as one can get. 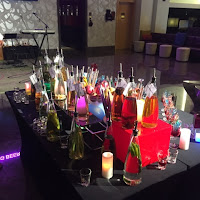 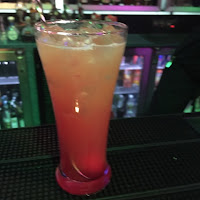 Food:
As we were sampling the vodka the service team stepped in with their starters, which included a mix of kebabs and dimsums.

2. Clove infused chicken galouti kebab - absolutely stunning! For a chicken obsessed person who appreciates lamb best in galouti kebabs, this is definitely pampering of an extreme level. The kebabs literally melts in your mouth and goes perfectly well with semi crisp mini honey paratas they are laid on.

3. Minted pine nuts saffron paneer tikka -
The paneer was delicates and vegetarians were raving about the dish. Personally, the benchmark set by the non veg kebabs unbreachable and hence this came across a regular fare.

Dimsums - while I enjoyed the dim-sum spread, the sauces that accompanied was the highlight. I struggled to resist myself from finishing the sauces (read - tea spoon after tea spoon). 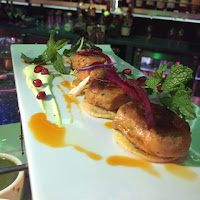 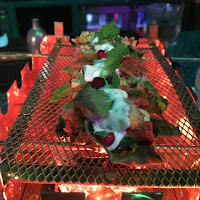 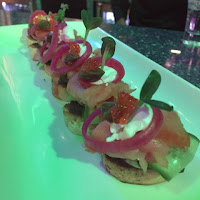 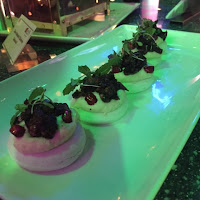 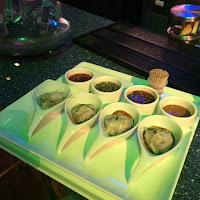 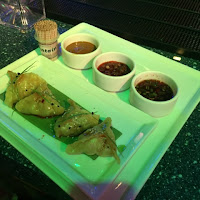 Soup
Asparagus capuccino served with parmesan crisp
Having got onto the carnivore mood, this soup was a good veg pit stop. It was thick soup which and was paired with white wine. Finished it to the last drop. 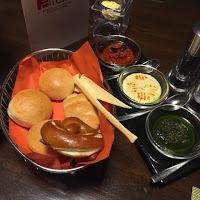 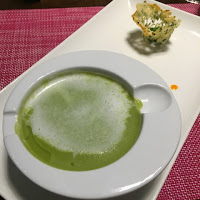 Main Course
1. Pan seared chicken served on a bed on sundried pesto risotto
The chicken was a tad too dry for me and tasted better when had with an extra load of mushroom sauce. The risotto was good and the finely chopped vegetables  made it better.

Disclaimer - not a fan of large prawns and avoid it due to my inability to appreciate it's flavour. Hence don't consider my judgement for it.

The prawns had a overpowering seafood taste and found it a little chewy. The corn mash was pretty good and was the part of the dish I could relish.

The main course was paired with red wine and the hotel does a good job in pairing food and wine. 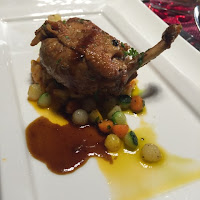 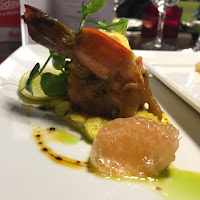 Desserts
The dessert was a surprise offering from the chef and all of us were awestruck with the presentation.

Desserts of love as they can be called, was as much a pleasure for the eyes as it was to taste.

Personally, I found the event as a great experience to interact with the city's leading food and thirst bloggers and was absolutely floored by a the hotel and it's service team's hospitality. 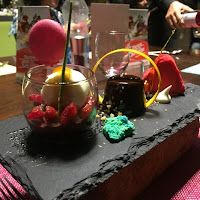 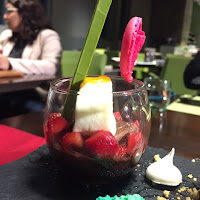 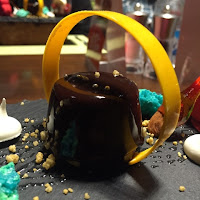 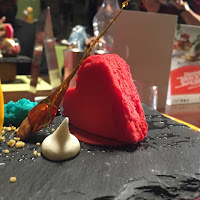