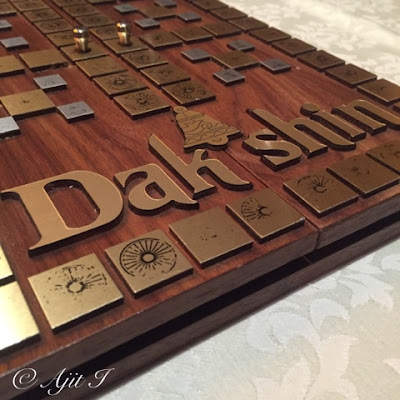 As a part of the ongoing restaurant week celebrations, I was invited to preview the offering from a given list of restaurants encompassing different cuisines and outlets of most leading five star hotels. I chose Dakshin for three reasons:

1. For the heritage value of the restaurant and its long history
2. The cuisine - it is one I enjoy and appreciate best
3. The restaurant has been on my hitlist for a very long time (had reserved it for a special occasion and maybe I never considered any occasion for special enough in recent times).

I took my cousin brother along and we were privileged to have the company of Sous Chef. Harish Rao, who guided us through the dishes, its history and affiliation to the restaurant.

About Dakshin and its ongoing promotions:
The hotel has seen multiple change in banner names, but this restaurant has been has stood through all test of times. Established in 1984, the restaurant has been pioneers of luxury south Indian food. Their menu encompasses specialities from all five southern states/union territories (Tamilnadu, Pondicherry, Kerala, Andhra Pradesh and Karnataka); as a part of their annual celebration the restaurant has food festivals ongoing on a weekly basis which brings to you unidentified and distinguished menus and dishes from the southern region.

When I visited, they had the third (Coorgi food) of the nine weekly food festival ongoing. Thanjavur Marata food festival (which is the last of the lot and expected to happen around May-end/June) is something I am looking forward to; for it brings dishes and kebabs of south India that very few people have heard of or tried.

Restaurant Week Menu:
The menu is comprehensive and encompasses regular and signature dishes. A course includes single selection of: appetiser, main course, staples and desserts; one could avail extra dishes at an additional cost of INR. 100-200.

Ambience
The restaurant has a grand and traditional setup. They also have a small podium with live instrumental music playing. 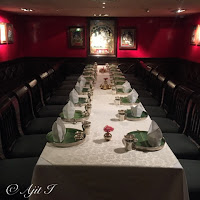 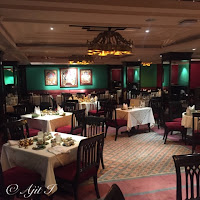 Service & Hospitality
From my experience one thing was clear, the staff have stuck together for long and share a family like bond. If you are willing to join them as a family for your experience you are guaranteed to enjoy your meal better.

Even otherwise, the staff are very courteous, friendly and hospitable with their service.

Food & Desserts
Got to try out the following:
1. Iyer special - included banana flat-cakes and adai (dosa styled preparations). Together they offered a sweet and savoury quotient for starting the meal. The banana dish is an in-house speciality and is clearly something they have perfected over time.

3. Vadai of the day
Crispy and just the way it's meant to be.

4. Kozhi Kempu Bezule and Dakshina Yera Both of these were fried preparations and had comparable flavours. The meat was well cooked and adequately spiced.

Having tried three fried dishes, it did cause an overdose for me and I preferred to quickly move on to the main course.

5. Royyala vepudu
A spicy andhra styled prawn preparation. Loved the flavours and the dish combined well with parota, appam and even curd rice.

There was also a chicken curry I tried, the name of which I don't recollect.

6. Staples
All of the staples (parota, appam, idiyappam, kal dosai) were decent and kal dosai was the best.

The parota could have been crispier/fluffier.

Among the items we tried (not part of RWI menu), their south Indian adaptation of fried rice with shredded mutton and egg stood out. The balance in this preparation was perfect that it did not require a curry or side as accompaniment. 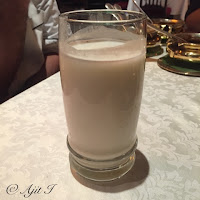 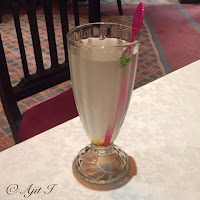 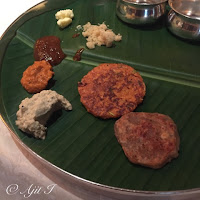 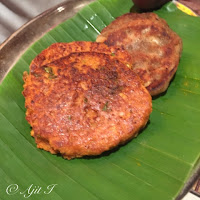 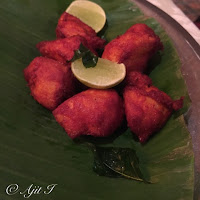 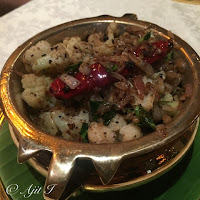 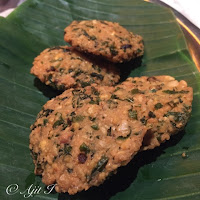 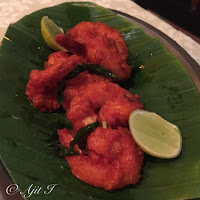 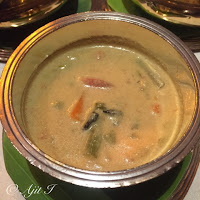 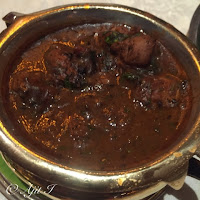 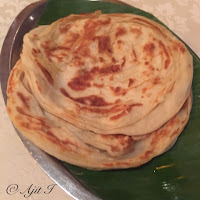 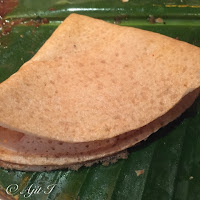 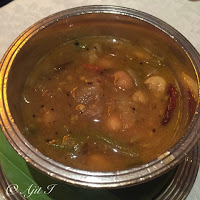 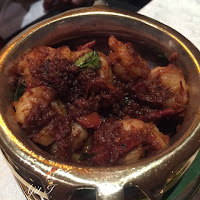 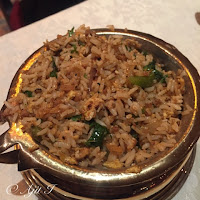 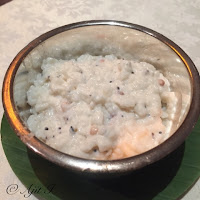 Desserts
The house special ice creams were an absolute delight. It included:

Unlike the naturals ice cream where you get to taste bits of the fruits, these were made from freshly prepared extracts (puree) of the fruits.

Other desserts I tried were decent but did not exactly stand out when compared to my personal quality benchmark for the same. The desserts included: elaneer payasam, basandi (unlike the regular thick and layered basundi, this was more fluid. It is a common ingredient in jigarthanda - a dessert drink from Madurai) and palada paysam.

The one I regret missing out is the vattapalam - an interesting South Indian version of caramel custard. 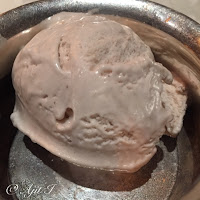 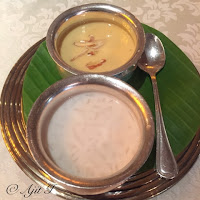 On a summary note, it was a great dining experience and the long lunch with the chef was enlightening in many ways. Looking forward to trying their regular classics and some of the upcoming food festivals.